We appreciate your request

We listen to you

OUS is a trusted Academy by
The World's Leading Media:

Interview with the Famous Newspaper
Ekovitrin Magazine
from Turkey

OUS on
The Jakarta Post
(largest English-language newspaper in Indonesia)

OUS on KyivPost
The largest English Speaking newspaper
in Ukriaine

Interview with OUS by
IStudyMag
The magazine of students in Switzerland 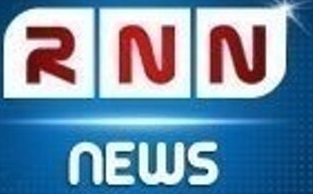 Since long Swiss universities have been the objective of many studens from all over the world, who want to study management or business sciences, This because Switzerland plays the leading role in this field. Therefore, one of the private Swiss universities has opened its doors for correspondence studies immatriculation.

Registration is possible for various languages, among them the Arabic section, that has welcomed first students last October.

As many questions did arise among potential students, who are interested to study at this virtual university – questions about its founder, the administration. the process of receiving the curriculum or the Arabic teaching program – a group of questions were addressed to Dr. Habib Al Souleiman, prorector of the open Swiss university.

As he spoke about the university and its recognition, he stressed the fact, that the open Swiss university is fully accredited – the Arabic section included – by the ASIC that is itself accredited by the British Government and is a member oft he UK NARIC and the European Society for Quality in tertiary education ENQA (the highest institution for accreditation of universities in Europe). Also the open Swiss university is a member of CHEA (high education congress for accreditation – it is the highest institution for accreditation of universities in the US).
As he was asked about the sections of the program regarding the languages, Dr. Habib Al Souleiman commented the first section founded was the English followed by the Arabic. He added, that lecturers in the English section were Swiss, British, Americans and from other nationalities. Regarding the Arabic sections, immatriculation has lately been possible.

As for certificates students receive, Al Souleiman pointed out that certificates issued in the English section (by NCC) are approved by „Ofqual“, an educational organisation by the British Parliament. Thus, the students receive an internationally recognized certificate. He commented on negotiations with the goal to gain such a recognition for the graduates of the Arabic section. In case of not receiving this accreditation, the university will be able to issue certificates from England within 3 months for students of the Arabic section. These are internationally accredited, including Switzerland. Al Souleiman added, that Arabic certificates are acknowledged by Asiqual. Upon graduating the students receive – if wanted – a certificate by the National Centre for
Business Administration and IT. Therefore, students shouldn’t face problems when applying for jobs or continuing studies in a different university. Answering the question by Rassd as to whom compiled the contents of the curriculum, Dr. Habib Al Souleiman said, that the curriculum was approved in England.

He commented that some programs were compiled by a group of Swiss, Saudi, Egyptian and other lecturers from other universities.

Moreover, the prorector talked about the attempts of the universtiy to fight extremism and social exclusion. He pointed out the support and encouragement the idea obtained by networking with figures from politics and education from Switzerland and Europe.

When asked about the starting date of the Arabic section, Al Souleiman made clear, that it had been launched last year in October and that currently nearly 120 students from all Arabic countries were immatriculated in the program and that the university is expecting more of them. He drew attention to the fact, that all lecturers from the Arabic sections teach at other universities. Lecturers should be graduates from renowned international universities and have practical teaching experience.

Regarding application requirements for the programs of the university, they differ according to the different levels. To receive a bachelor at an university, one should have got the baccalaureate. Whoever is not in the possession of a baccalaureate can study for a year and will receive an international baccalaureate. All levels of studies, from baccalaureate to Phd are offered.

The Text was literally translatend. The Translator bears no Responsbility for its Content
Translator
Ahmed Dahi
8408 Winterthur

© OUS - The Royal Academy of Economics and Technology in Switzerland is the first virtual Academy in Europe and is a registered trademark for Education in Switzerland by the Swiss Federal Institute of Intellectual Property. OUS Switzerland is a private and independent Academy operates in the application of Swiss Law. OUS was founded in Switzerland, is allowed to operate and issue Diplomas in Switzerland according to the letter number (DBK DBKS 6 / 33 / 60236) issued by the Board of Education and Culture in the State of Zug. Our distance study program methods were reviewed and fulfilled the "Art. 21 Abs. 2 Ziff.11 Bst" - MWSTG by the Swiss Federal Department of Finance according to letter number (1523_01/04.14). Additionally, OUS is a "Premier Accredited Academy" by Accreditation Service for International Colleges & Universities ASIC UK, a recognized accreditation body by the British Government (Home Office/UKVI), a member of the UK NARIC (UK National Academic Recognition Information Centre) Quality Standards Group, an affiliated accreditation body by ENQA Europe (The European Association for Quality Assurance in Higher Education Education) and a member of CHEA USA International Quality Group (Council for Higher Education Accreditation). OUS is certified by EFMD Online Course Certification System (EOCCS) which is a great proof of quality in the field of online and distance education, EFMD is Europe's largest network association in the field of management development. OUS is an approved member of the Swiss National Tourist Office (MySwitzerland), ICDE Norway (supported by the Norwegian Ministry of Education and Research), (EFMD EU), (UN PRME), (ASIQUAL UK), (AACSB USA), (CEEMAN EU), (ACBSP USA), (USDLA USA), (ASCB(E) UK), (EFQM EU), (AHLA USA), (CHRIE USA), (BHA UK), (IQS UK), and many more, check Accreditation... for Further information please check the Government's Official Web Portal - State of Zug (Switzerland) as well OUS is ISO 9001:2008 & ISO 29990:2010 Certified. OUS® is a registered trademark for Education in Switzerland by the Swiss Federal Institute of Intellectual Property. OUS is the winner of "MENAA CUSTOMER DELIGHT AWARD" awarded by Zurich Academy of Applied Sciences (ZHAW) and ILM.
OUS offers Joint/Dual Awards with state recognized bodies in UK, Poland, Ukraine, Mexico, Nicaragua...